“New logo” wasn’t in the initial client brief; it was a more general brief for the entire brand review, which bizarrely didn’t include the logo.

On suggesting that the logo would be integral, the client then agreed, and the logo really took the form of client likes and dislikes in the early stages.

The original (clipart) logo that SaB had used as a brand asset since inception.

A few client likes consisted of typography that linked through the letters, joining them and creating a connection. This idea worked well considering the end users perception and allowed us to experiment with making that connection. 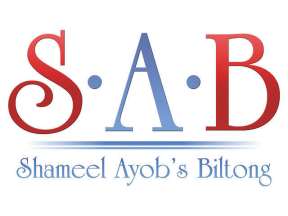 Samples of client liked logo’s to build upon.

Concepts for the new logo design

The first round of concepts were really a search and select process. Allowing the client to help us get on the right trail of thought for their expectations.

Scamps for SaB to consider, guiding us on their preference.

The above scamps were themed around infinity with the flat figure eight and inclusion with the hugging bowling pin and umbrella.

In addition to the theme of the scamps, we had advised the client, at this point that SaB Training and Consultancy might not be the bet way to brand the service. While SaB Training and Consultancy is a great name for the business; for an online presence it wasn’t compartmental enough. Therefore we suggested SaB Safeguarding might be better for the online brand building.

Second round of logo concepts were heading away from props and concentrating on typography.

The second round of concepts were more focused on the connectivity aspect; how the letters might interlink or the trio might embrace.

The client decided that this was the design they wanted to move forward with, being quite content with it in its current (above) state.

It was important to include purple so we sourced a suitable shade based on the old website colours which features in this new logo.

The main design for SaB Safeguarding features the brand name, client name, brand colours and has a hidden embrace – top-down view of a person reaching out (left) to hug/embrace.

There is also clear (non background colour) light lockup of this logo as well as the dark lockup seen below. 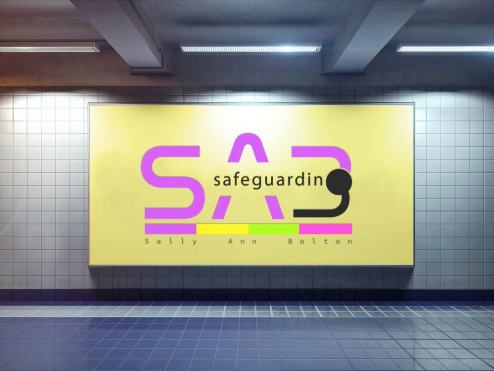